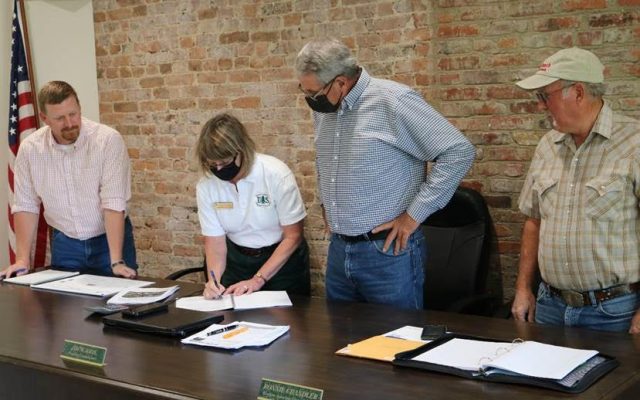 (Chloride) Plans to improve the troubled dam at Crane Lake in Iron County have officially been signed off on by U.S. Forest Supervisor Sherri Schwenke.

Ewing says Schwenke signed the document at a meeting of the Iron County Commission.

However, Crane Lake fishermen may have to find another fishing hole for a while as lake levels will be lowered soon.

A news release from the Mark Twain National Forest officials says 100-percent of the engineering design for the Crane Lake dam project should be ready by the end of the summer.

Contract specifications will then be built.

After that, Ewing says they will play the waiting game for project funding to be awarded for the project.