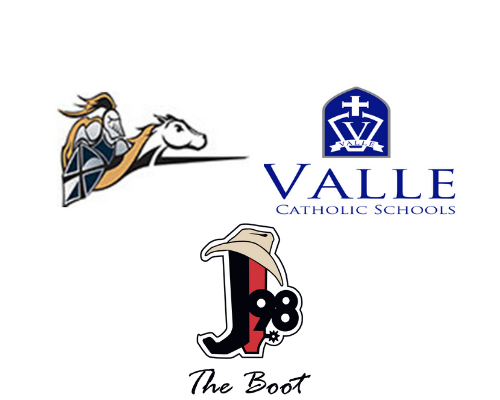 (Ste. Genevieve) Valle Catholic capped off an undefeated regular season with a 63-0 win over St. Pius Friday night on J-98. Valle, the number-two team in Class Three, received the opening kickoff and marched 71 yards down the field to open up the scoring.

The Warriors came in to the game scoring 51 points-per-game, but those points don’t just come from the offense.

Valle’s defense forced a three-and-out on the ensuing drive then senior Aiden Heberlie returned the punt to inside the St. Pius redzone. On the first play of the Warrior’s possession, senior running back Luke McClure ran in a touchdown but it was called back because of a holding penalty. On the very next play, McClure got another chance.

The Lancers were forced to punt again but junior Connor Hamilton made an open field tackle on Heberlie to pin Valle at their own 25. A Valle penalty on the punt return pushed them back ten more yards. The next play, junior Alex Moisses sacked Valle quarterback Grant Fallert at the five yard line. Here’s how junior Bryce Giesler responded.

Valle led 28-0 after 12 minutes. St. Pius started the second quarter with the ball but the Warrior defense struck again.

A couple minutes later, junior Tim Okenfuss did it again.

Okenfuss was named our Applebee’s of Farmington Player of the Game with two defensive touchdowns. Valle head coach Judd Naeger gives credit to his fast defense.