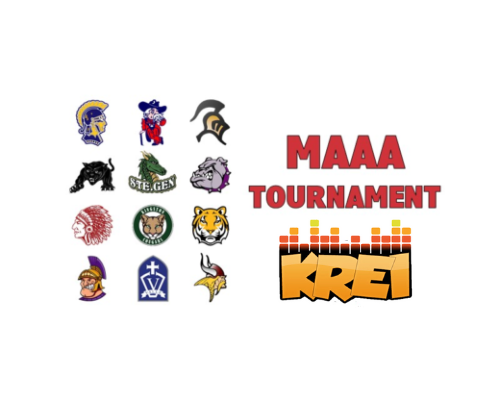 (Ste. Genevieve & Park Hills) Regional Radio was at two different ballparks for the MAAA conference tournament semifinals Wednesday. Valle Catholic came from behind to beat West County 4-2 on J98 and Central went wire-to-wire in a 4-3 victory over Ste. Genevieve on KREI.

Valle and West County played at Yanks’ Field in Ste. Genevieve and the Bulldogs got on top early…

The Bulldogs carried a two-run lead into the bottom of the 5th with the help of starter J.D. Whitter. He went 4 2/3 innings with 11 strikeouts and only gave up three hits. But Whitter reached his pitch limit and had to come out. That’s when Valle started their run…

Chase Fallert got the ball for Valle Catholic and went the distance striking out 7 while giving up 3 hits. The Applebee’s of Farmington Player of the Game helped himself at the plate going 2-for-4 with an RBI.

Earlier in the day, Valle Catholic was in a similar situation when they trailed by two to Potosi in the bottom of the 5th. The Warriors came back and one that game 5-4 on a walk-off RBI-single by Jackson Fowler. Valle head coach Nate Gegg spoke about his teams’ resilience over the day.

Valle Catholic improves to 22-6. West County moves to 13-4. West County beat Farmington, 3-2, in the quarterfinal earlier in the day on a walk-off hit from Whitter.

Over on AM-800 KREI, The Central Rebels defeated the Ste. Genevieve Dragons 4-3 in the MAAA Conference Semi-finals at the Park Hills Sports Complex. After a pitching duel to start off the game between Casen Murphy and Zach Boyer, the Rebels broke open the scoring when Senior first baseman Slade Schweiss knocked in a run.

Then Junior Kendall Horton extended the Rebels’ lead in the bottom of the fourth.

Horton was our Applebees of Farmington Player of the Game, going 2-3 at the plate and 2 RBIs. Jett Bridges would bring home another run to give the Rebels a 4-0 lead heading to the top of the seventh. While Ste. Genevieve was down in the final frame, they certainly weren’t out. After a Central pitching change, the Dragons rallied with two outs to score 3 runs.

However, Brendon Jenkins was able to strike out Mason Nix with two runners in scoring position to win the game. Head Coach Ronnie Calvird says that Jenkins stuck with it when the going got tough.

This means that the MAAA Conference Tournament Championship is set. 1-seed Valle Catholic will face off with 2-seed Central on championship Saturday. The 3rd place game will feature 3-seed Ste. Genevieve vs. 4-seed West County Friday at 4:00 at West County. The championship will be play at 11:00 at Valle. We’ll broadcast the championship on AM 800 .