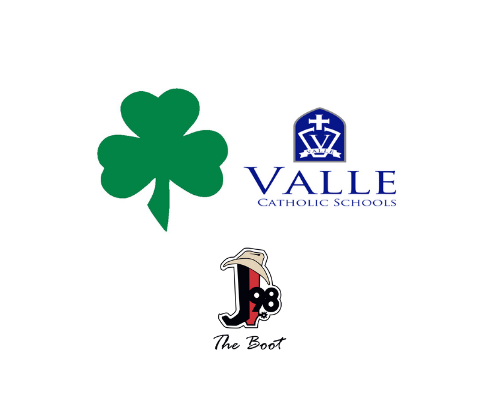 (Ste. Genevieve) For the second year in a row and third time in four years, the Valle Catholic Warriors are district champions. The 16-10 Warriors held off the New Haven Shamrocks 52-49 in the Class 2 District 4 championship Saturday night. Buckets were traded and leads changed throughout the first half but the Warriors led 24-22 at the half.

The back-and-forth continued into the third quarter but a couple of big shots from senior Aiden Heberlie propelled Valle Catholic to a 37-36 lead going into the final period.

Valle Catholic found themselves trailing again in the fourth until junior Harry Oliver cleaned up on the glass.

Another lead change put the Shamrocks up by one in the final minute. Warrior junior Clayton Drury gave his team the lead for the final time.

Two free throws from Heberlie and a halfcourt heave at the buzzer from New Haven got us to our final result of 52-49. Heberlie was the Applebee’s of Farmington Player of the Game with a game-leading 16 points and a myriad of rebounds. Warriors coach Tyler Search talks about the impact of this win.

Next up for Valle Catholic is the state sectionals Wednesday evening against 26-1 Bernie.