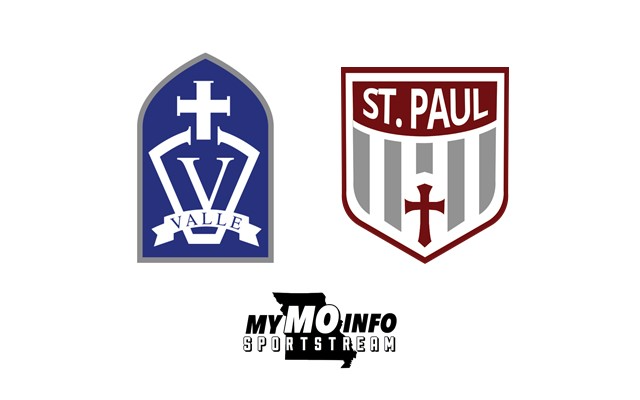 (Farmington) The Valle Catholic girls basketball team knocked off St. Paul in Farmington 54-52 tonight on the MyMoInfo SportStream. Valle got off to a good start leading by seven after the first, but St. Paul crawled back and tied it up at the half 25 all. It was all Valle in the third quarter as Bryna Blum cashed her fourth triple of the game.

The Lady Giants trailed by as many as ten in the fourth quarter, but star sophomore Brylee Durbin wasn’t going to let Valle win that easily.

When the Lady Warriors backs were against the wall, Hannah Fowler stepped up to the plate.

Fowler was named our Applebee’s of Farmington Player of the Game as she put up six of her eight points down the stretch in the win. After the game, Warriors head coach Brian Bauman says he’s still learning about his squad, but he’s more than happy with the win.

Valle Catholic (2-3) will travel to Potosi on Wednesday while St. Paul (2-5) will host Arcadia Valley on Wednesday.