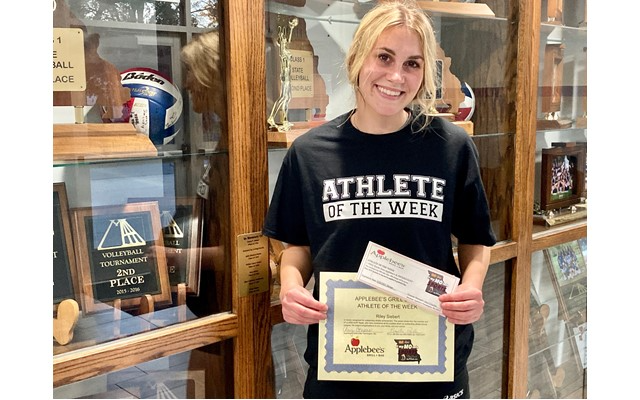 (Carterville, Ill.) Riley Siebert led the Valle Catholic Warriors volleyball team to the Class 2 state championship this year while going 30-6-2 on the season. She posted 3.9 kills per set while hitting .348 and earned a Regional Radio Dream Team accolade to cap off her high school career. Her college career is just beginning though as she recently signed to play at John A. Logan college next year. She tells us what drew her to the Vols.

After she wraps up basketball season she wants to work on a couple of things in her volleyball skill set.

Siebert says there are a lot of people to thank for making this possible.

Riley Siebert joins a John A. Logan program that went 30-10 in 2019 and reached the Midwest A District Championship.