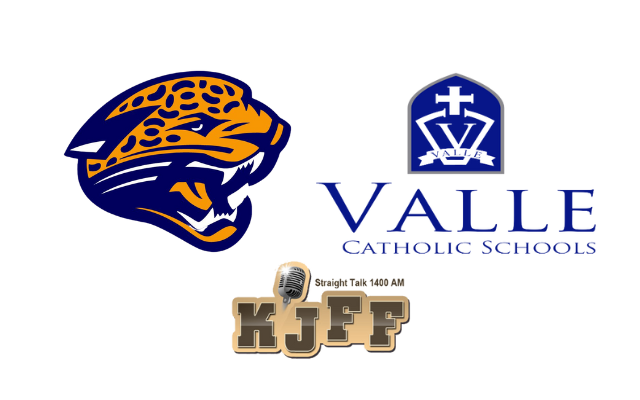 (Ste. Genevieve) The Valle Catholic Warriors used a huge fourth-quarter surge to knock off the Seckman Jaguars 61-36 and earn a season-opening win Friday on KJFF. Valle Catholic would strike first and strike big after forcing Seckman to punt to open the game.

Seckman was in danger of falling behind big early after a second straight punt. But the Jaguar defense made a big play.

Valle would have an answer courtesy of their aerial attack.

Even when the Warriors went in reverse, they immediately corrected thanks to their big-play passing game.

Seckman would be able to rally from down 21-7, first thanks to a big third-down pass of their own.

After backing Valle Catholic up to their own goal line and getting a short field after a punt, Seckman was able to tie the game up before halftime with a trick play.

Seckman would sieze the lead early in the third quarter on another Ruble rushing touchdown, but Valle got within a point thanks to a big drive from senior wide receiver Sam Drury. His fourth and final catch of the drive was the big highlight.

Drury finished with 142 yards receiving on 7 catches and was the Applebee’s of Farmington Player of the Game. Seckman responded on the very next play from scrimmage with an 80-yard Ruble run for a score. His 2-point conversion put the Jaguars up 36-27, and after intercepting Chase Fallert, Seckman seemed poised to sieze the game by the throat. Instead, things turned in Valle’s favor from there on out, starting with a fumble recovery for the Warriors that lead to a score.

After a stop, Valle Catholic found the home-run play through the air again.

The Warriors would go on to score 3 more TDs, part of a string of 34 unanswered points to end the game. Valle head coach Judd Naeger said it’s a credit to his player for taking this prize fight with authority in the 12th round.

Valle Catholic starts the season with a win ahead of a road trip to Festus. Seckman loses the season opener for the first time since 2019.