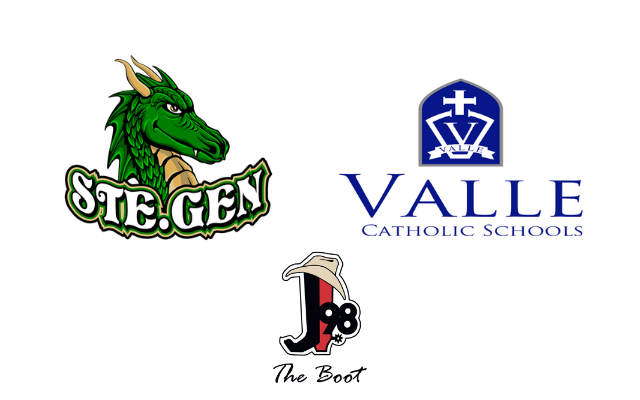 (Ste. Genevieve) The Old Settlement Showdown belonged to Valle Catholic. The Warriors took down the Dragons 63-7 on J98.

Ste. Gen took the opening kickoff but were forced to punt after junior Isaac Basler knocked down a third down pass attempt.

On the third play of Valle’s first drive, Basler was rewarded with his first receiving touchdown of the season.

Ste. Genevieve struggled all night to get a rhythm on offense. Valle did not.

Aiden Boyer connected with Devin Flye for a 16 yard touchdown to make it 34-7. But Valle didn’t stop.

The Warriors ran for 344 yards on 33 carries and six touchdowns on the night. Bryce Giesler went for 105 yards and two touchdowns.

Chase Fallert threw the ball well, completing 10-of-14 passes for 195 yards and three touchdowns. Two of those went to Sam Drury.

Valle stays undefeated at 7-0 and will face Vianney next Saturday at home. Ste. Gen drops to 5-2 and will go to Jefferson next week for the J98 Game of the Week.