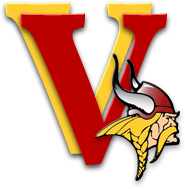 (Caledonia) Thursday’s school board meeting at the Valley district in Caledonia began with the reading of a letter from Bryson Funeral Home. Superintendent Jason Samples explains.

The Valley School Board also voted to bring back a program for teachers that has been absent from the district for a few years.

In other news from the Valley School Board meeting in Caledonia, an update was given on the baseball field and concession stand renovation project. Plans were approved for the annual Grandparents Day and Veterans Day events held at the school. Three hirings were officially announced at the meeting. Caleb Tiefeneaur was hired for another school year as the Title IX coordinator for the school. Kathy Grajek was hired to take the Career Ladder chair position. She will also be the assistant scholar bowl coach and it was officially announced that Trina Pritchett-Barton will be the Vikings very first e-sports coach for this school year.