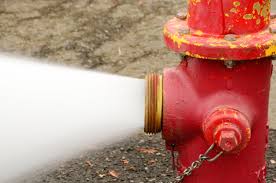 (Festus) Festus Police are asking the public for information after vandals tampered with a fire hydrant on Shapiro Drive early Tuesday morning.

Festus Police Chief Tim Lewis says as a result thousands of gallons of water was released.

According to a social media post by the City of Festus, the vandalism is “a violation of section 705.230 of the City Code”.

Anyone with information about the incident is asked to call the Festus Police Department at 636-937-3646.