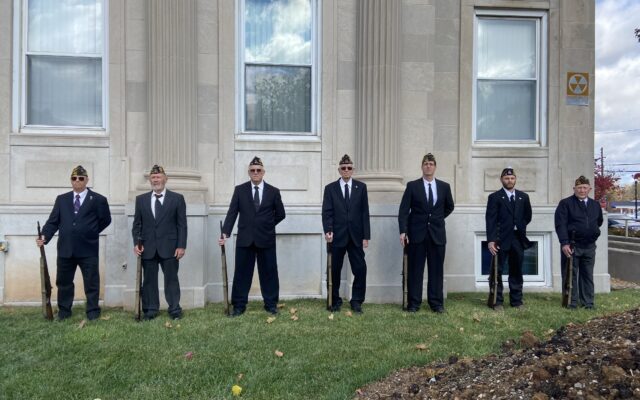 (Farmington) There was a nice crowd on hand today for a Veterans Day ceremony in front of the St. Francois County Courthouse in Farmington. The crowd was welcomed to the ceremony by the Farmington High School Marching Band. 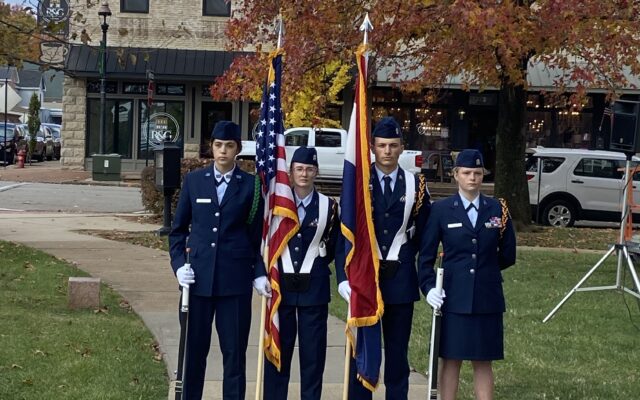 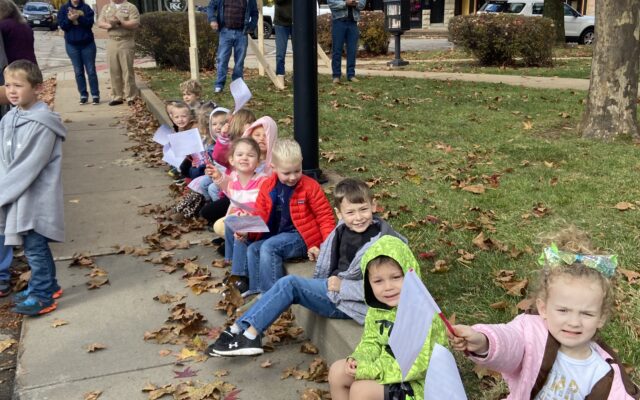 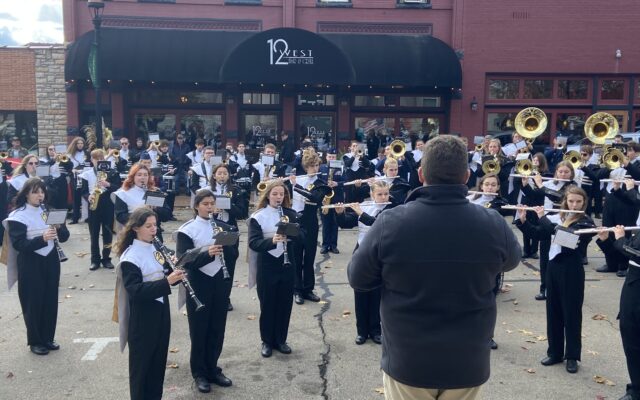 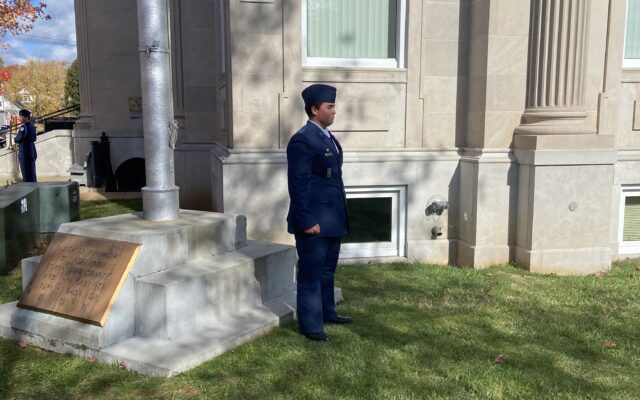 Jason Furry with the Farmington V.F.W. served as the master of ceremonies.

Furry told those in attendance that this day is set aside to say thank you.

Nancy Cozean also addressed the crowd, giving a history lesson on William Alexander, a Revolutionary War soldier who came to Farmington after the war.

The ceremony concluded with the playing of Taps.

Today’s ceremony was one of a number of ceremonies held across the area to honor the military on Veterans Day.