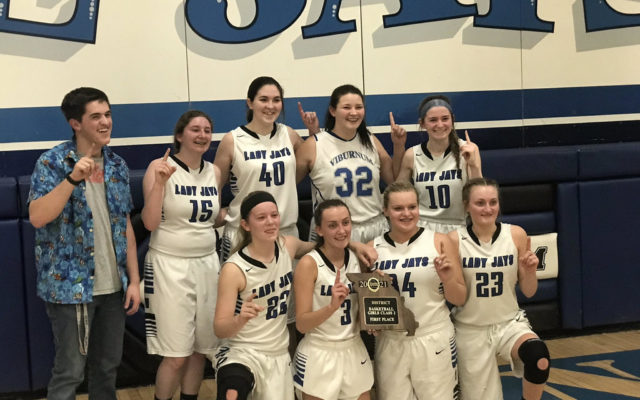 (Viburnum) The Viburnum Blue Jays are the Class 2 District 4 girls’ basketball champions after they defeated the Crystal City Hornets 47-29 tonight on KJFF. On a night when both defenses were solid, the play of the Blue Jays’ star guard made the difference.

Junior Madison Courtwright scored a game-high 18 points and was named the Applebee’s of Farmington Player of the Game, and the Hornets just couldn’t keep up. Viburnum head coach Brooke Harris attributed that to her team’s relentless defensive effort.

Crystal City has its season end at 6-14, while Viburnum improves to 13-6 and wins its first district championship in 5 years. The Jays move on to the Class 2 state sectionals on Wednesday against either Oran or St. Vincent.