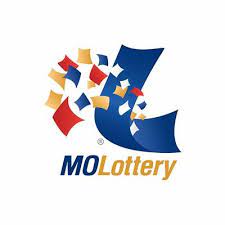 (Viburnum) The Missouri Lottery is a state program, that you would seem state leaders would want the other state programs to emulate.

In the past few years, the Lottery had several audits conducted against it and these audits have never turned up one negative issue.

Last year, Lance Mayfield of Viburnum became the chairman of the Missouri Lottery Commission after being appointed by Governor Parson.

There are four other Missourians on the lottery commission and none of them receive a salary.

May Scheve Reardon has been serving as the executive director of the Missouri Lottery since December 2009, so it would seem she is the one mostly responsible for those clean audits and record profit for the lottery.

But in the past few years, the Missouri Legislature has totally eliminated the lottery’s budget for promotion and advertising.

It was a 6-million dollar budget, down to 4-million, then to 400-thousand and this year, they gave them one dollar.

When Mayfield arrived on the commission, he saw that some legislators, none from the listening area, had already began attempting to push Scheve Reardon out of her executive director job, which if true, they finally accomplished it this year.

She has decided to resign and her last day on the job is this Friday.

Her only “black eye” could be something political in nature.

Jay Nixon, a democrat and one time governor, appointed Scheve Reardon to her position over 12 years ago.

Mayfield says he and the lottery commission have now received a letter from the House Appropriations Committee chair and vice-chair.

The Iron County man is not too happy with what’s going on.

He says he will remain on the Missouri Lottery Commission until his term expires or if the governor decides he no longer wants him there.

When May Scheve Reardon says farewell, she will leave as the longest serving director in the history of the Missouri Lottery.

Mayfield says he and the commission begin today looking over the 25 or so applications they have received for the executive director’s position for the Missouri Lottery.