Viburnum Police on Lookout for Truck Associated with Theft in Town 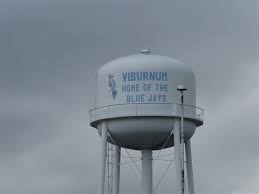 (Viburnum) The Viburnum Police Department is hoping to find a vehicle that would lead to the arrest of a thief or thieves.

Chief Shipman says the police department in Viburnum have received a few other similar reports.

Chief Shipman says to make sure your personal items are locked up or secure. He also says if you witness a theft or attempted theft, to not approach the subjects.

He asks that you call his department and they will take care of the situation.