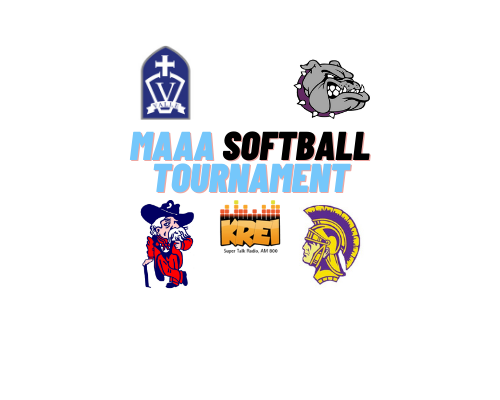 (Park Hills) The pitchers were in the spotlight tonight in the MAAA Softball Tournament Semifinals. There were a combined 3 runs and 43 total strikeouts between both matchups at the Park Hills Sports Complex.

In the first game, the 5-seed West County Bulldogs kept their Cinderella story alive, defeating the top-seeded Valle Catholic Warriors 2-0. The game was scoreless until the top of the 5th when Bulldogs 8-hole hitter Riley Kawelaske knocked in a run.

Junior Pitcher Gracie Wright would do the rest with pinpoint pitches in the strike zone.

Kawelaske would drive in another run for West County in the top of the 7th. Wright was our Applebee’s of Farmington Player of the Game with 11 strikeouts and only allowed one hit to the Warriors. West County Head Coach C.J. Wright says this is one of his pitcher’s best games in the circle.

West County improves to 6-8 and Valle Catholic falls to 11-3.

Our second semifinal was a pitching matchup for the ages that went into the 11th inning where 2nd-seeded Central outlasted 3rd-seed Potosi 1-0. Central’s Alexia Poppe stepped up to the plate with a runner on third and one out in the bottom of the 11th…

Central pitcher Taylor Marler was the Applebee’s of Farmington Player of the Game after going 11 innings of two-hit ball with 14 strikeouts. Potosi’s Sami Huck pitched 10 1/3 innings striking out 14.

Central improves to 9-5 and moves onto the championship game where they’ll face West County. Potosi drops to 9-4 and will play Valle Catholic in the third place game.

Games are scheduled to take place Wednesday afternoon, weather pending, with the third place game at 4 o’clock and the championship game to follow. Coverage on KREI will start at 3:45 with a Fliegs Equipment Pregame Show.