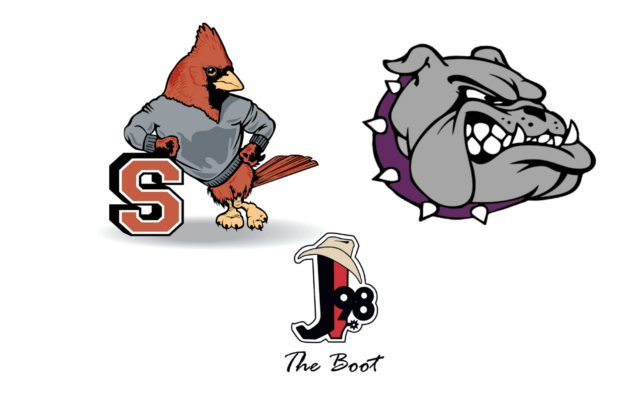 (Leadwood) The 7th ranked team in Class 3 West County Lady Bulldogs defeated the Steelville Cardinals last night in a low-scoring affair 47-37. It was all Bulldogs in the first half as the Cardinals could not find a way to stop the two-woman game of Alivia Simily and Bailey Skiles. West County went into halftime up double figures.

The game of coaching chess started in the second half, as Lady Cards head coach Zach Kennedy abandoned the 1-3-1 to switch to a box-and-1 on Alivia Simily. It was a key adjustment for Steelville as they were able to claw back into the game.

Steelville cut the deficit to 4 at the end of the 3rd quarter. In the final quarter, West County Coach Bobby Simily made adjustments of his own and found a rhythm against the Steelville defense. Skiles was able to put the game on ice.

Both Simily and Skiles were our Applebee’s of Farmington Player’s of the Game because of how well they play off each other, Coach Simily talks about these two dynamic juniors.

Skiles tallied 24 points and 10 rebounds while Simily totaled 5 points, 6 rebounds, and 8 assists in the win. West County finishes the regular season at 20-4 while the Cardinals finish 17-9. Both teams receive a first-round bye in their respective district tournaments.