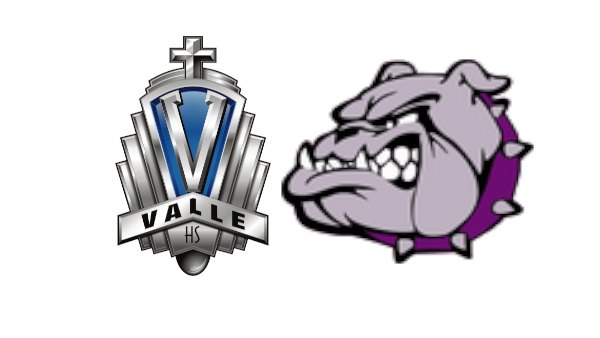 The boys and girls split when the Valle Catholic Warriors traveled to face the West County Bulldogs Friday night.

Thanks to great offensive play from Dori McRaven, the Bulldogs took a 31-point lead at halftime and never looked back.

McRaven poured in 32 points to earn Applbee’s Player of the Game.
Bulldogs head coach Bobby Simily pointed to his team’s full-court pressure as a big key to dominating early.
West County wins its sixth straight to improve to 8-2.
Valle Catholic falls to 5-7.
The Warrior boys snapped a 3-game losing streak by coming out on top 69-62 against the Bulldogs.
Valle came out strong with a 11-0 run in the first quarter, but West County clawed back with big shots from Cameron Stevens
The Applebee’s Player of the Game helped the Warriors ultimately pull away.
Carter Hoog finished with 27 points, tied with Stevens for a game high.
The Warriors were an astounding 26-of-34 at the free-throw line, and head coach Tyler Search says it’s a key coaching point.
Valle Catholic improves to 7-5.
West County falls to 2-8.