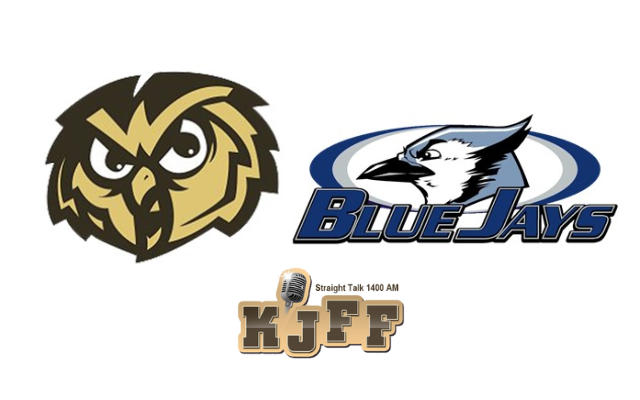 (FESTUS)    In a game heard Tuesday night on AM-1400 KJFF and MyMoInfo.com, the Windsor Lady Owls overcame an 11 point deficit in the first half to beat the Jefferson Lady Blue Jays 51-43.  Jefferson built their lead by capitalizing on Windsor turnovers caused by the Lady Jays tenacious full court man to man press. But the Owls were able to come back in the game as they were led in scoring by two seniors… Reagan Daly who scored 20 points and Madelyn Mancuso added 14 to the cause.
It was Daly who hit a three pointer off the glass to beat the buzzer at the end of the first half to pull Windsor within six points at intermission.  Windsor coach Kim Schmidt says her halftime message to the team was about maintaining momentum.

Top scorers for Jefferson were Peyton Guffey with 13 points and Halayna Loyd had 12.

With the win, Windsor is 3-10 and they will be at Northwest tomorrow (Thursday). Jefferson slips to 11-7, they will host Herculaneum Friday night in the “Hoops For Hope” game.