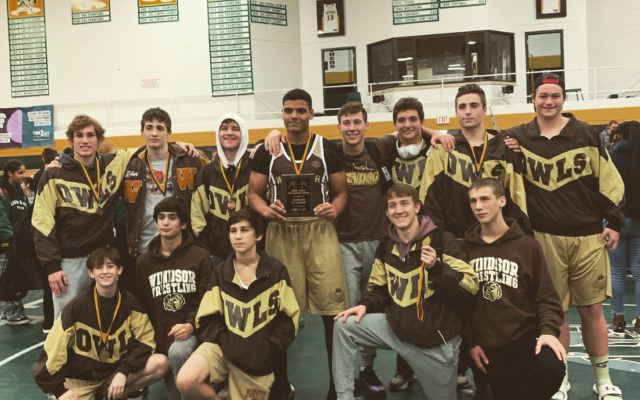 (IMPERIAL) Ryan Bollinger has a Windsor wrestling squad that is 4-0 in duals so far this season and has had some tournament champions as well.

And then without a full squad last week in the Springfield Tournament, the Windsor Owls were able to finish 15th out of 25 teams, which Coach Bollinger said was pretty good all things considered.

Senior Seif Elkhashab, this past football season’s I-55 Conference Defensive Player of the Year, has a 16-2 win-loss record as a 195-pound wrestler, with those two losses coming against some pretty stiff competition.

Coach Bollinger also notes that Seif is undefeated in Class 3.

There are wrestlers outside of Sief, Pauli, Butts, and Longtin that Coach Bollinger is proud of.

Then there is a matter of the quote-unquote “lone wolf” on the girls side for Windsor wrestling with junior Reilly Baughman of the 110-pound weight division.

Windsor was supposed to host a quad meet on Thursday but with Principia dropping out, it will now become a tri-meet with Herculaneum and Festus making the trip to Imperial.