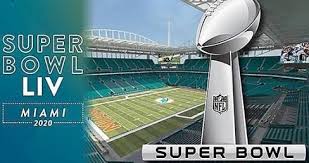 (Miami) Super Bowl 54 takes place this Sunday in Miami and you can listen to the big game on Regional Radio, including J-98.

It’s the Kansas City Chiefs from the AFC versus the San Francisco 49ers from the NFC.

Young quarterbacks will be leading both teams.

For Kansas City, it’s Patrick Mahomes calling the plays. He says the Niners defense has improved as their season went along.

Garoppolo says mimicking everything he saw Brady do while he was at New England should help.

Listen to the big game on Regional Radio.

Our pregame coverage begins at 1 o’clock with kickoff at 5:30.