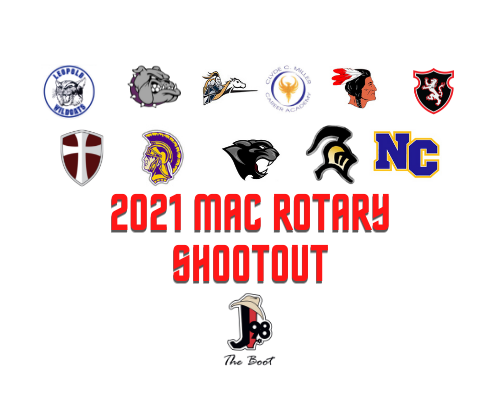 (Park Hills) Regional Radio is bringing you coverage of the 63rd Annual St. Francois Rotary Shootout from Mineral Area College on Saturday. Six high school basketball games will take place at the Bob Sechrest Fieldhouse in Park Hills with the first two on AM-800 KREI and the next four on J-98.

The day starts at 9:45 a.m. with a boys game between St. Paul Lutheran of Farmington and Leopold. St. Paul is just 2 and 7 but they beat Valley Caledonia on Monday 63-49. Giants coach Justin Ford says his team is starting to get comfortable on the court.

Leopold has a record of 4 and 1 after beating Delta 67-44 Thursday night. The Fliegs Equipment Pregame Show begins at 9:30 Saturday morning on KREI.

Next up is a rematch from last year’s shootout between Potosi and West County. Potosi won that game 70-38. Trojans head coach Jackson Conaway says the Bulldogs will come to play Saturday.

West County comes in with a record of 5-4. Freshman Ty Harlow has been playing some good ball this season. Bulldogs coach Chris LaBruyere says he’s not the only underclassman showing some poise.

After that is the only girls game of the day. The South Iron Lady Panthers and Miller Career Academy Phoenix of St. Louis will face off. South Iron has a perfect 4-0 record. Head coach Lawrence Graves says its exciting to play an out-of-area team.

The Lady Panthers and the 2-3 Phoenix will start around 1 o’clock on J-98.

Following the South Iron girls is the boys side taking on St. Pius. The Lancers are 4-2 coming off of a 62-38 win over St. Paul a week ago. While South Iron has a 6-1 record with their only loss coming in overtime against Class 5 Kankakee from Illinois, they got back on track this week with a dominating victory over Arcadia Valley 85-32. St. Pius and South Iron will begin around 2:30 on The Boot.

Then the Farmington Knights will play Fox in a rematch from last year’s shootout. Farmington won that one 69-53. Knights coach Garrett Callahan says his team has been plagued with some injuries early this season, but guys are stepping up in key roles.

Fox is 1-4 with a young core this season. Warriors coach Mike Wilken says his team is coming along.

Lastly, we conclude with the defending Class 5 District 2 Champion North County Raiders, who come in at 3-3 after a 57-49 victory over St. James Thursday night. Head Coach Jimmy Palmer previews the matchup with a team they narrowly beat in last year’s event: Gateway Legacy.

North County vs. 7-8 Gateway Legacy is scheduled to tip off at 5:30 Saturday.

Again, the 63rd Annual St. Francois Rotary Shootout from Mineral Area College begins with the Fliegs Equipment Pregame Show at 9:30 Saturday starting on AM-800 KREI and then transitions to J98 starting at 1 o’clock.