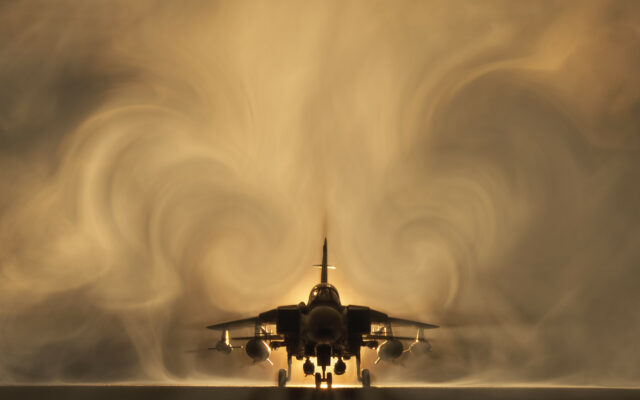 (Farmington) Was it a sonic boom, an earthquake, or something else between and 5 and 5:30 Ttuesday evening?

That’s the question people from Dent County to Ste. Genevieve County were asking themselves Tuesday evening into Wednesday morning.

Many described it as a loud boom with reports of weak shaking or windows rattling.

Here at Regional Radio in Farmington, employees said it lasted just a couple seconds and sounded like someone had shook the front door quickly.

The best explanation seems to be what multiple news outlets are reporting, and that is it was a military aircraft that took off from Lambert-St. Louis International Airport that broke the sound barrier for six straight minutes.

The aircraft apparently went supersonic at about 5:17 over the town of Licking in Texas County, went over Dent County, Iron County, St. Francois County into Ste. Genevieve County.

The time was 5:23 when the aircraft went back under the sound barrier.

The aircraft, during it’s supersonic journey, had an elevation of 43,000 feet and it’s top speed was 738 knots.

That’s 849 miles per hour. Once the aircraft reached the eastern end of Ste. Genevieve County and the Mississippi River, the craft dropped under the sound barrier and then turned north back to St. Louis and Lambert Field.

No reason has been given on why the pilot flew the aircraft over the sound barrier for that amount of time.