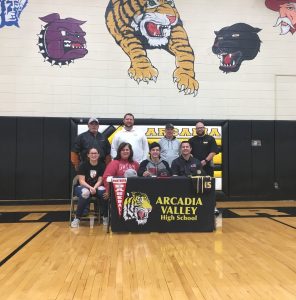 The high school senior currently plays catcher and pitcher at AV, and he tells us what his role could be at the next level.

And Pursley tells us he loves the pressure of being relied on to perform at two of baseball’s most important positions.

With one more season left at Arcadia Valley coming up in the Spring time, Pursley tells us about the team.

Pursley will head to Springfield to play for the Drury Panthers after this upcoming season.