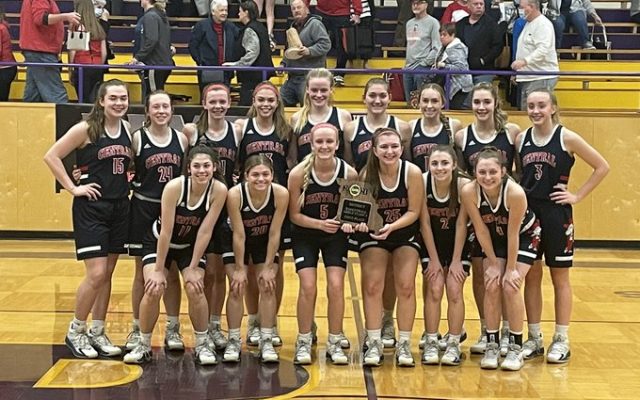 (Potosi) For the eighth time in the last ten seasons, the Central girls basketball team is the district champion as they took down Ste. Genevieve 64-52 in the Class 4 District 2 title game tonight on J98.

The Lady Rebels raced out to a 10-0 lead in the first few minutes of the game and never looked back as they controlled the tempo and the scoreboard throughout.

The Lady Dragons were able to cut it to a five-point game in the fourth quarter, but it was short-lived as the Applebee’s of Farmington Player of the Game Kaley Kimball made some big plays down the stretch.

Central kept it around a 10-point game the rest of the way with defense and free throws to hold on for the 12-point win.

Central improves to (19-4) and moves on to the Class 4 Sectionals where they will take on New Madrid County Central on Wednesday.