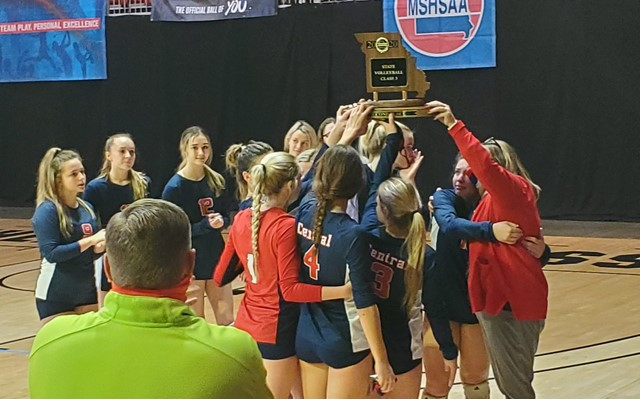 (Cape Girardeau) Central’s bid for a Class 3 state championship came up just short as the Rebels fell in three sets to the Maryville Spoofhounds in the title match at the Show Me Center in Cape Girardeau.

Maryville controlled the first set and won it 25-20.

Central controlled most of the action in set two but saw the Spoofhounds win the final five points of the set to take it 25-21.

Even though they were down, the Rebels never gave up in the final set.

However, Maryville completed the sweep with a 25-22 win in set three.

Central coach Tracie Casey says she was sad to lose but is immensely proud of the way her team competed.