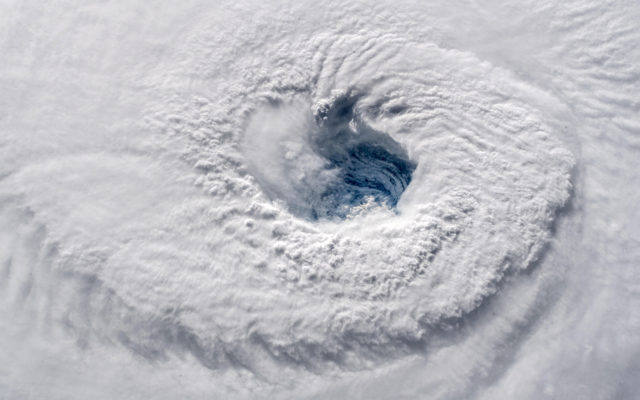 IN SPACE - SEPTEMBER 12: In this satellite image provided by the National Aeronatics and Space Administration (NASA) and European Space Agency (ESA), Hurricane Florence churns through the Atlantic Ocean toward the U.S. East Coast on September 12, 2018. Florence slowed its approach to the U.S. today and was expected to turn south, stalling along the North Carolina and South Carolina coast and bringing with it torrential rain, high winds and a dangerous storm surge tomorrow through Saturday. The image was captured by ESA astronaut Alexander Gerst, currently living and working onboard the International Space Station. (Photo by ESA/NASA via Getty Images)

(Farmington) A Farmington woman and her family, who just moved to Florida this summer, are recovering after surviving Hurricane Ian. Casey Quarando says they just moved to the Cape Coral area in June. She says they were right in the path of the hurricane.

Quarando says it got pretty scary for her, her husband and their three young daughters.

Quarando says they had to come back to St. Louis for a few days while things returned to normal in Florida, but she’s anxious to get back to help others.

Casey says they didn’t suffer a lot of damage from the hurricane in terms of flooding. Quarando is a 2006 graduate of Farmington High School. Her mother, father and much of her family still lives in the area. Hear her complete interview below.