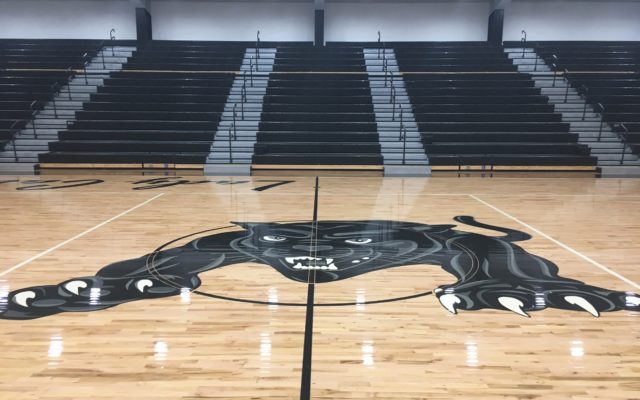 (FREDERICKTOWN, Mo.) – The Farmington Knights earned a sweep over Fredericktown on the hardwood Friday evening as both the boys and girls teams came out with victories on AM 800 KREI.

The boys teams matched up first and the game came down to the wire.

It was Applebee’s of Farmington Player of the Game J.P. Ruble of the Farmington Knights who won it at the buzzer.

That was the final, as Farmington took the game 51-48.

Fredericktown was led by senior Seth Laut who had 18.

The Knights improve to 9-6 and 2-0 in the MAAA and are next at Festus on Tuesday.

Meanwhile, the Blackcats fall to 7-8 and 0-2 in conference.

The second half of the doubleheader saw the Farmington girls defeat Fredericktown by a final score of 60-48.

The Knights took control in the 2nd half and Applebee’s of Farmington Player of the Game Skylar Sweeney was a big part of maintaining the lead.

The freshman Sweeney finished with 16 points to lead Farmington, while Fredericktown was led by sophomore Kyndal Dodd with 18.

They’ll host Central on Monday, which can be heard on KREI.

For Fredericktown, the record is now 3-12 and 0-2 in the MAAA, and they’ll have North County at home Monday.