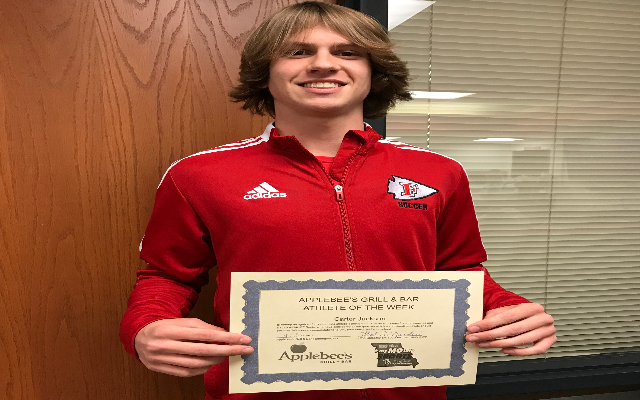 Carter Jackson, a soccer player from Fox High School is the “Applebee’s of Farmington Athlete of the Week”.

Jackson, a junior recently re-wrote the Fox record book with 19 goals in a single season.

He also tallied Hat Tricks in three consecutive games. Carter says he has been able to score with the help of his teammates.

Fox had a six-game losing streak earlier in the season, but they are currently enjoying a five-game winning streak.

Carter spends a portion of his school day at the Area Technical School at Jefferson College. He says he is training to be a carpenter.

For being the “Applebee’s of Farmington Athlete of the Week” Carter receives a free entree from Applebee’s, a T-shirt, and a certificate.