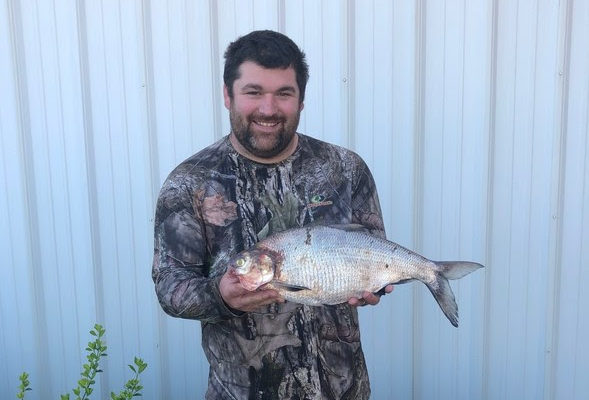 (Fredericktown) A Fredericktown man is the latest state record holder in a fishing category.

Duncan was bowfishing on a private pond in Madison County April 19th when he shot a 3-pound, 9-ounce fish.

The previous record for a gizzard shad was 2-pounds and 13-ounces set last year.

Duncan tells the Missouri Department of Conservation it was a surprise to get a state record that day because he wasn’t targeting shad at all.

He says he and others were doing some grass carp control that day.

The shad was weighed on a certified scale in Madison County.