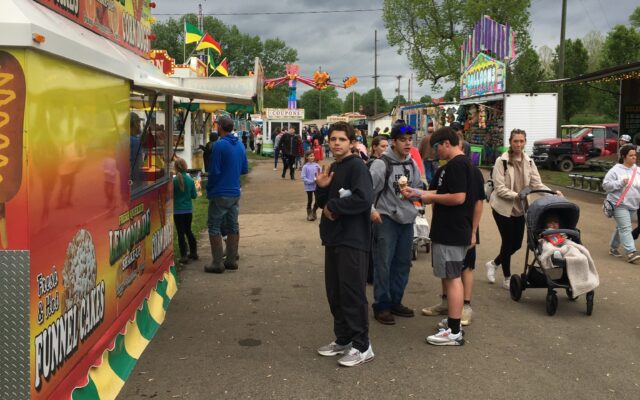 J-98 broadcast from both locations and we spoke to Breslyn Boswell.

Breslyn was thrilled about watching the pageant.

We also spent some time in the heart of the festival.

Tons of vendors are in Fredericktown this weekend, including Cowgirl Crissy with the Very Very Good Jerky Company, with their home base located in Iron County.

The Azalea Festival in Fredericktown will continue Saturday and Sunday.

On Saturday, there’s a diaper derby, carnival rides and games, live music, a ventriloquist, a car show, a truck pull and so much more.

Sunday features a community church service in the park, carnival rides and games, more live music and a huge parade.

J-98 will broadcast once again from the Azalea Festival from 9:30 until 12:30 on Saturday.