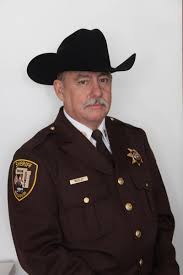 (Ironton) Iron County Sheriff Roger Medley was in Jefferson City last week and received some information on a state oversight committee he will be a part of.

The sheriff was appointed to this committee on January 8th by Governor Mike Parson.

Medley says the committee is to improve the way the public is informed about children who have been abducted or children who are in imminent danger.

Regional Radio is a big part of getting the word out to the public when these Amber Alerts are issued.

Sometimes our news department receives these alerts and other times we have not.

Sheriff Medley says his goal is to improve that issue.

The sheriff says the quicker the information is relayed to the public, the better the end result will usually be.

The Amber Alert System Oversight Committee is made up of ten individuals.

It includes the head of the Missouri Department of Public Safety, a highway patrol member, two sheriffs, two police chiefs and four members of the media.

The committee is required to meet once a year but Medley hopes they will at least meet quarterly.

His first meeting of the committee will be in a couple weeks.