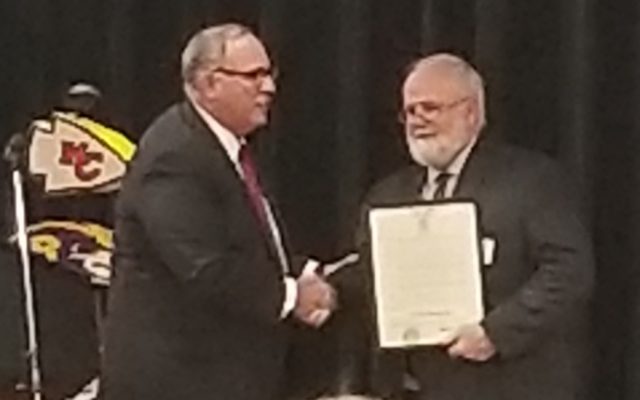 (Festus) The Jefferson County State of the County address was held at Festus High School Monday, sponsored by the Jefferson County Growth Association. After opening welcoming statements by Festus Superintendent Dr. Link Luttrell and Growth Association Director Dennis Govero, County Executive Dennis Gannon spoke to the crowd of over 300 in attendance. He says sales tax numbers are still up, but the increasing percentage is lower.

Gannon says with the help of State Representative Becky Ruth, and the now-retired MODOT Area Engineer Judy Wagner, there is movement to improve Interstate 55.

Gannon made no mention of a plan concerning a new courthouse and jail. Another Highlight of the speech was Gannon proclaiming February 17th as Dr. Ray Cummiskey Day. Dr. Commiskey is retiring as President of Jefferson College this summer.