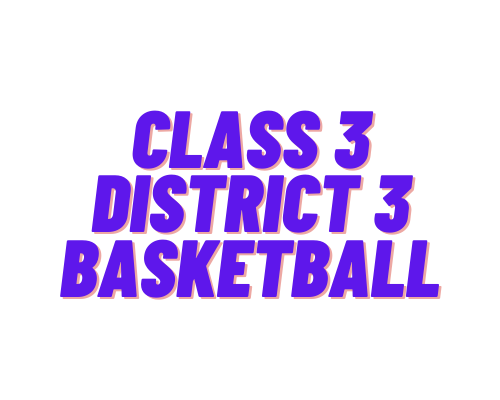 (Leadwood) The Class 3 District 3 Championship game for boys basketball is set in stone after a thrilling night of high school hoops. In the first semifinal, the top-seeded Kingston Cougars cruised to a 70-45 victory against the Arcadia Valley Tigers. The key for the Cougars was turning defense into offense, as Sophomore Cody Yates was doing it all for Kingston.

While Cougars 6’5 Senior Matthew Nelson was making life difficult in the paint for AV with 6 blocks.

Yates was our Applebee’s of Farmington Player of the Game with 20 points, while Nelson added 17. Coach Paul Hamilton talks about these two dynamic players.

In the second semifinal, the Greenville Bears pulled away for a 54-46 win over West County. Points were scarce in the first quarter but both teams traded buckets to end the first period tied at 10.

In the second quarter, Greenville was up by nine until the Bulldogs embarked on an 8-0 run to close out the half.

Quarter number three was back-and-forth and ended with Greenville leading 36-35. In the fourth, West County sophomore Garrison Turner used his defensive prowess to help his team take the lead.

The Bears were not bewildered.

Greenville improves to 18-7 and will take on Kingston in the championship game Thursday night. Bears coach Nathan Walk knew it wouldn’t be easy to beat the Bulldogs on their home court.

West County finishes their season at 12-14.