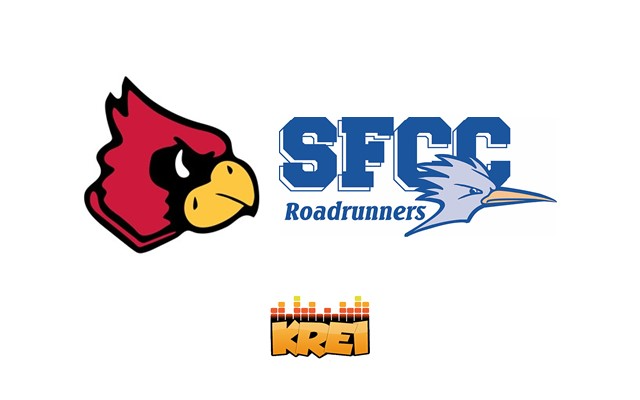 The Cardinal men led by five when they went on an 11-0 run to stretch the lead to 16 in the first half. Kevin Stone was right in the middle of it…

Malevy turned in a double double with 24 points and 12 rebounds, and helped MAC push the lead to as many as 23 in the second half.

The second ranked Cardinal men improve to 17-0. They have a two game lead in Region 16 with three games left. State Fair fell to 7-11.
Full interview with Luke Strege

The Cardinal women never could put State Fair in the rear view mirror, but did manage to push the lead to 13 at one point. Nijah Moore earned Applebee’s Player of the Game honors with a team high 12 points and eight rebounds…

Coach Briley Palmer says Moore improved her game in this one…

The MAC Ladies improve to 7-11 and 5-7 in Region 16. They play Jefferson College Saturday at 2:00. State Fair falls to 0-12. The MAC men are off until next Wednesday against State Fair. Both Cardinal teams beat State Fair three times this season.
Full interview with Briley Palmer