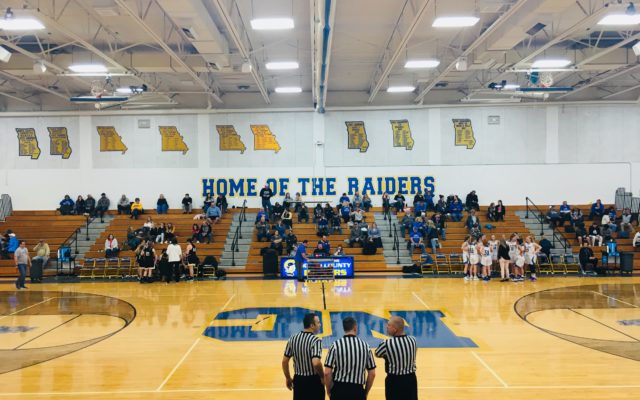 AV held a two-point halftime advantage at the break thanks in large part to junior guard Gracee Smith’s 23 points in the first two quarters.

But it was a hot shooting night from the outside for North County as a team, and Ella Gant was at the center of it.

The junior guard had six 3-pointers in the game, including two big ones in the fourth quarter.

In the end, North County had a double digit lead with just minutes to play.

AV cut it to as close as two points, but two free throws from senior Julia Christopher at the end put the game on ice.

Raiders head coach Zac McVey thought his team battled to win a game where AV showed up to play.

Gant led North County with 23 points while Smith put in 32 for Arcadia Valley.

With the win, North County is now 11-2 and hosts undefeated Ste. Genevieve on Thursday.

We’ll have that game on the MyMoInfo SportStream at 7:15.

Meanwhile, Arcadia Valley falls to 8-6 and also plays Thursday as they host Bismarck.