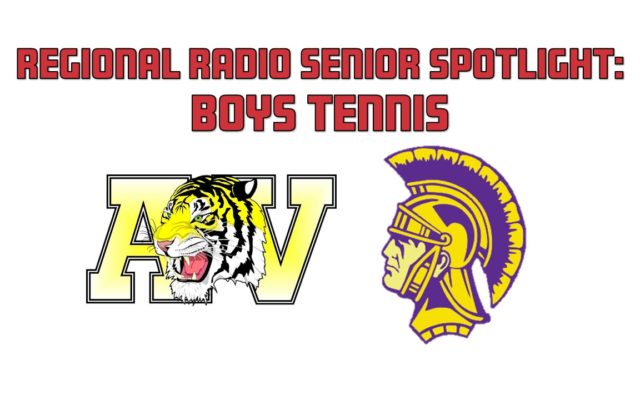 Horn was a returning player for the Arcadia Valley tennis team this season after having been the team’s #1 in 2019. He was a pure athlete with great hand-eye coordination, speed, and strength. Horn only joined the tennis team last year but picked up the game rapidly. He finished the 2019 season with a 7-3 record, which included a 3rd place finish in the SEMO District Tournament and an MAAA Conference Championship. Horn was also a member of the Arcadia Valley basketball team. He plans to attend Lindenwood University in the fall and will try to walk-on to the tennis team.

Wadlow was a returning player for the Tigers this season after having been team’s #3 in 2019. He was a leader for the team and was the biggest reason that tennis was brought back to Arcadia Valley. Wadlow took it upon himself to go to the board last year and convinced them to once again field a tennis team at AV. He was a talented player who set a great example for the rest of the group on and off the court.

Crowell would have been a first-year player for the Arcadia Valley tennis team this spring but was a natural athlete on the court. He picked up the game quickly and was going to compete for playing time this season. Crowell was also a member of the Arcadia Valley basketball team. He plans to join the work force after graduation.

Blanton was going to be a first-year player for the Tigers this spring but had shown some promise in the early season practices. He worked hard to learn the game and was consistently improving each time out.

Woods would’ve entered his fourth year on the Potosi Trojans tennis team and would’ve earned his 3rd varsity letter. Brady was a player that was always ready no matter what when his name was called. During his sophomore year he was not playing much varsity time, but had to fill in for an injured player and was able to help his team to a key double’s victory which helped Potosi beat a dominant Cape Notre Dame. Woods will attend the Southeast Lineman Training Center in the fall and wants to get involved in the business of solar energy.

Eye was entering just his second year on the Potosi Trojans tennis team after playing his first two seasons on the baseball team. Garrett may have been young in terms of tennis years, however, he quickly climbed the ranks and found himself playing varsity doubles and singles by the time the team made it to district play. Head coach Danny Mueller says his greatest attribute was his desire to improve on the court. Eye will attend Southeast Missouri State University in the fall to major in Art. He will also try to grow his YouTube channel in his time at SEMO.