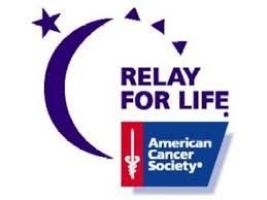 (Jefferson County) The 2020 American Cancer Society Relay for Life of Jefferson County that was initially scheduled to take place next Thursday through Saturday has been canceled due to the COVID-19 pandemic.

Jordan Zeitler with the relay says it’s unfortunate to cancel the in-person event but necessary.

In place of the event being canceled, the Relay for Life of Jefferson County will now be holding a Remember and Fight Back virtual event on Tuesday, September 1st.

Zeitler says in preparing for the virtual event they will be going around speaking with cancer survivors and people who are currently diagnosed with cancer.

Each conversation will be complied into a video and played back on Facebook on Tuesday, September 1st.

Following the video the Relay for Life will be going live on Facebook where they will have a Luminaria setup while holding a recognition ceremony.

Anyone interested in being part of the Remember and Fight Back virtual event should register at RelayForLife.Org/JeffersonCountyMo.