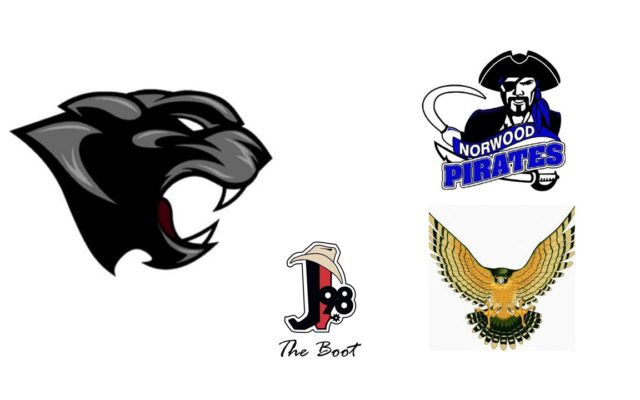 (Mountain Grove, Mo.) The Class 1 State Tournament got underway tonight on J98 as both the South Iron boys and girls teams traveled to Mountain Grove for sectional play.

In the first game, the South Iron Lady Panthers advanced to the State Quarterfinals by defeating the Norwood Lady Pirates 47-45.

South Iron’s Madison Ayers was named our Applebee’s of Farmington Player of the Game as she got a huge steal late in the ball game.

Just a few moments later, the South Iron defense stood tall to send the Lady Panthers to the State Quarterfinals.

South Iron head coach Lawrence Graves says the defensive effort by Ayers was a big part of the win.

The Lady Panthers improve to 24-4 while Norwood finishes their season at 20-8.

South Iron now travels to Van Buren on Saturday where they’ll meet the Naylor Lady Eagles in the Class 1 State Quarterfinals, and we’ll have that game on J-98 with the Flieg’s Equipment Pregame Show beginning at 12:45.

The boys Sectionals game featured the top two teams in the state in Class 1 with the #2 Dora Falcons knocking off the undefeated #1 South Iron Panthers by a final score of 59-54.

The Falcons led 24-18 at halftime, then South Iron sophomore Drenin Dinkins got hot in the third.

With Dora still holding a lead in the fourth quarter, Dinkins once again trimmed the deficit.

That was the closest it would get down the stretch as the Falcons were able to pull away to come out on top and end South Iron’s unblemished season.

The loss ends the South Iron boys’ season at 29-1 while Dora improves to 29-2 and they will next play in the Class 1 Quarterfinals coming up on Saturday in Van Buren.