St. Pius pitted against Festus in JeffCo volleyball on KJFF 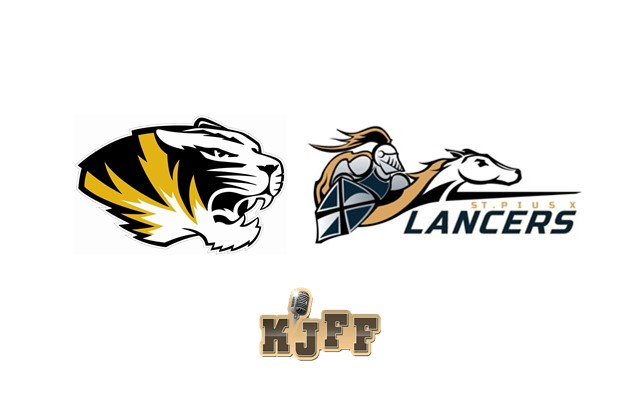 (Festus) The St. Pius Lancers get their first chance to play volleyball on their home floor this season when they host the Festus Tigers Thursday in the Jefferson County Game of the Week on KJFF.

All-state senior outside hitter Kennedy Lane has been strong again, leading the attack with 75 kills.

Festus has started the season 0-3 under the new leadership of Stephanie Whitehead, but Leftridge says St. Pius is wary of welcoming the Tigers into Lancer territory.

The Lancers beat the Tigers last year and has won 16 of the last 17 meetings.

St. Pius hosts Festus for volleyball in the Jefferson County Game of the Week.