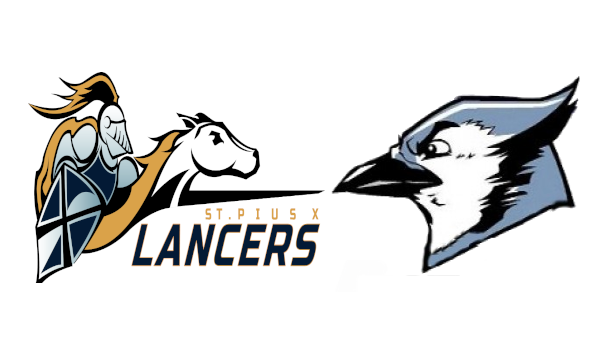 After losing to the Jefferson Bluejays in the Class 3 District 3 championship game last year, the Lancers returned to R7 this season and knocked off the Jays 59-53.

Despite senior forward and leading scorer Jon Weik dealing with foul trouble in the first half, Jefferson still managed to hang in.

Colby Ott knocked down 3 three-pointers in the first half and finished with 20 points as the Bluejays took a 28-27 lead into halftime.

But St. Pius came to life in the second half, thanks largely to their leader, senior Riley Naeger.

Naeger scored 12 of his 20 points in the second half on the way to being named Applebee’s Player of the Game and helping the Lancers rally for the win.

The Bluejays will wrap up the regular season Tuesday night when they host St. Paul, while the Lancers travel to Principia Tuesday night.