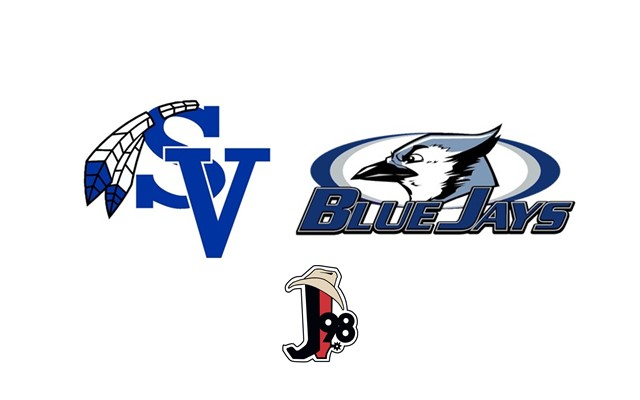 (Festus) The St. Vincent Indians football team has a chance to win the I-55 Conference championship outright as they play at Jefferson R-7 tonight (Friday) in the J98 Game of the Week. St. Vincent comes in at 7-1 overall and 5-0 in the conference. Indians Coach Tim Schumer says this team took its lumps last year, but that experience has helped this year’s team gain momentum.

The BlueJays are 4-4 and had a 3-game winning streak snapped after a close loss to Perryville last week. Jefferson Coach Matt Atley says his team is still finding its way, but they have been building more consistency.

St. Vincent likes to move the ball through the air as quarterback Christian Schaff has thrown for over 1500 yards and 18 touchdowns. Coach Schumer says this will be a game of two teams that play very differently in their offensive philosophies.

The St. Vincent Indians will go for a conference championship tonight as they visit the Jefferson Bluejays in the J98 Game of the Week. Pregame coverage begins with the Fliegs Equipment Pregame Show at 6 o’clock.