Ste. Gen Battles Through Wild First Half to Upend Dexter on J98 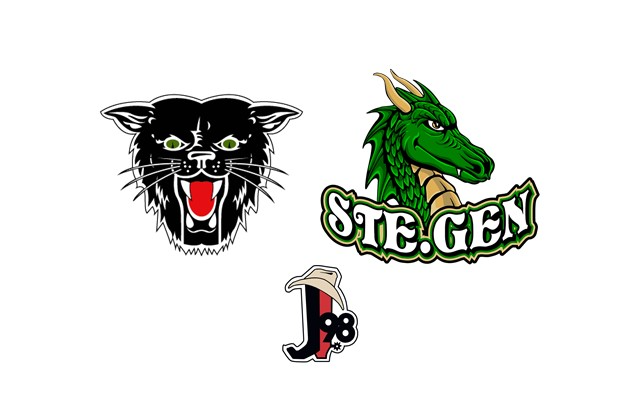 (Ste. Genevieve) A high-flying and high-scoring game made for one of the most entertaining matchups of the year on Regional Radio as the Ste. Genevieve Dragons pulled away late to topple the Dexter Bearcats 46-28 in the Class 3 District 1 Quarterfinals tonight on J98.

Ste. Genevieve had not played a game since October 9th, and they certainly showed some rust early as Dexter scored on their first two possessions in impressive fashion.

Quarterback Josh Alday connected on a pair of deep shots to Ryan Collier to put the Bearcats up 14-0 before Ste. Genevieve could even get settled into the game.

The Dragons finally got the spark they needed as quarterback Aiden Boyer took the first play of the team’s second drive all the way into the end zone.

That score made it 14-7 early, but these two teams were just getting started.

On the ensuing possession for Dexter, it was Collier once more for his third catch and third touchdown in just the first quarter.

The Dragons marched down the field on their next possession before facing a fourth down deep in Dexter territory, and then it was Zach Boyer for his first score of the night.

A missed extra point kept it at an eight-point game – 21-13 Dexter.

Both teams traded punts and then the Bearcats got to within striking distance before Alday was picked off by Payton Matthews.

Two plays later it was Kaden Flye with the biggest run of the night.

That made it a two-score game once more as Dexter went up 28-19 late in the first half.

Perhaps not surprisingly, Ste. Gen had an answer.

After a great kickoff return, Aiden connected with Zach Boyer up the seam to tighten the score before the break.

That was the last score of the first half as the frenetic pace came to an end with Dexter leading 28-26.

It was all Ste. Genevieve the rest of the way as they dominated the second half and managed to keep the Bearcats off the scoreboard over the final two quarters while Zach and Aiden Boyer went to work.

Three scores in the second half for Ste. Gen to Dexter’s zero and the Dragons pulled away for the 46-28 win.

Zach Boyer was the Applebee’s of Farmington Player of the Game as he finished with six carries for 83 yards and three touchdowns and added four catches for 58 yards and a touchdown.

Aiden Boyer finished 10-of-14 for 111 yards a touchdown and an interception through the air and added 10 carries for 72 yards and a touchdown on the ground.

Ste. Genevieve head coach Ken Weik says he was proud of the way his team overcame a slow start.

The Ste. Genevieve Dragons improve to 4-4 and will be on the road next week when they travel to take on the Kennett Indians in the Class 3 District 1 Semifinals.

The Dexter Bearcats finish the season at 3-6.