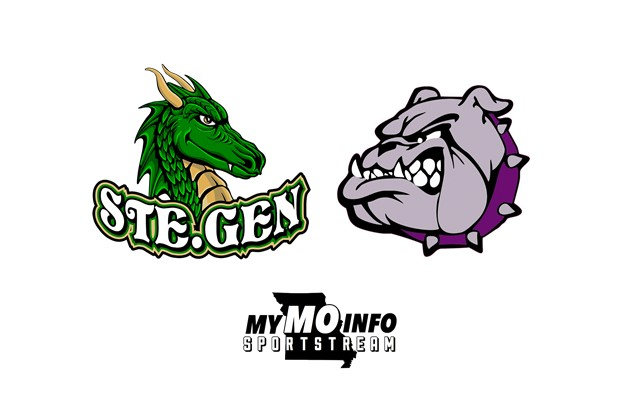 (Park Hills) The Ste. Genevieve Dragons defeated the West County Bulldogs tonight 52-44 heard on the MyMoInfo SportStream. The Dragons jumped out to a small early lead and held on it almost all game. The first half was faced paced and in the final minutes of the second quarter Ste. Gen would go on an 8-2 run to take an eight point lead into the locker room.

The Bulldogs came to life in the third quarter out scoring Ste. Gen 19 to 14 leveling the score towards the end of the quarter. However, Maci Reynolds kept the Dragons out  in front headed into the fourth quarter.

The Fourth quarter swung back and fourth as the game tightened up down the stretch and Dori McRaven stepped up in a big moment.

The Dragons regained the lead and didn’t give it back for the remainder of the game. Maci Reynolds earned Applebee’s of Farmington Player of the Game honors finishing with 18 points and played outstanding defense all night long. Megan Aubuchon added 11 points and Marysa Flieg and Sydney Bumgardaner finished with 9 each.

After the game, Dragon head coach Jordanna Walk-Robison said she liked her team composure down the stretch.

McRaven and Alivia Simily finished with 13 points each and Claire Stevens added eight. Head Coach Bobby Simily said he loved how hard his team fought in the game.

Ste. Genevieve improves to 6-4 and will face and 8-2 South Iron team on Monday. West County drops their second game of the season and face 1-4 Fredericktown on Tuesday.