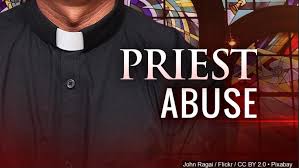 (Dittmer) A Catholic priest from Dallas, Texas, credibly accused says the Dallas Diocese, of sexually abusing around 50 children, was found and arrested Wednesday in Jefferson County.

78-year-old Richard Thomas Brown was hiding out in the Dittmer area on land owned by the Catholic group “Servants of the Paraclete”.

According to the group’s website, this place, located at 6476 Eime Road, is to “give assistance to priests and brothers with vocational-psychological difficulties”.

This place is also home to several other sex offenders according to the Missouri Sex Offender Registry.

The Dallas priest was served a warrant for allegedly molesting a girl between 6 and 14 from a Plano, Texas Catholic Church between 1989 and 1996.

The 78-year-old has also been accused in many other sexual abuse cases as a priest.