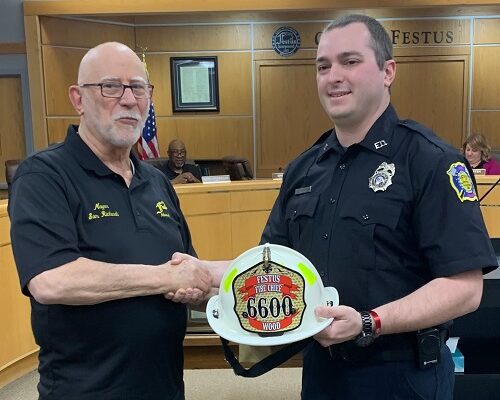 (Festus) Travis Wood is now officially the new Festus Fire Chief. The move was finalized at Monday Night’s City Council meeting with the approval of the city council and Mayor Sam Richards. Wood says it’s been a trying time for everyone in the department after previous Chief Kevin Cremer passed away in January, but they have all pulled together.

Wood says the department was left in good shape.

Wood began as a Festus volunteer firefighter in 2010, was hired full-time in 2020, and was named the Training Officer last year.