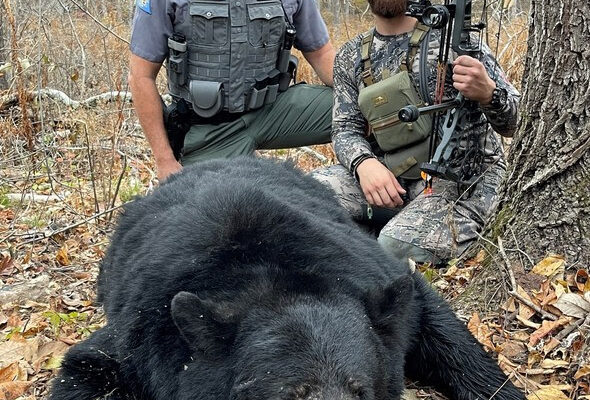 (Farmington) No black bear were harvested in the listening area during Missouri’s second-ever hunting season that just wrapped up.

In fact, the eight bear harvested all came out of Zone 1 in southern and southwest Missouri. Zone 2, which encompassed all of our local counties and Zone 3 were both shutout this year.

They had been selected from a random drawing earlier in the year.

There were 177 hunters who purchased permits from the successful area of Zone 1.

All 128 hunters in Zone 2 were skunked and 45 hunters from Zone 3 also came up empty.

This year, 3 out of the 8 bear harvested were taken with a bow.

Last year, a gun was the method used by all successful bear hunters in Missouri.

The Missouri Department of Conservation notes that an even ratio of male and female bears was harvested this year, similar to last year.

Officials say they anticipated a lower harvest this season because bears love gorging on acorns in the fall and the acorn crop around the state is much more plentiful this season over last.

They say this resulted in bears moving less often and being more dispersed, which made it more difficult for hunters to find them.