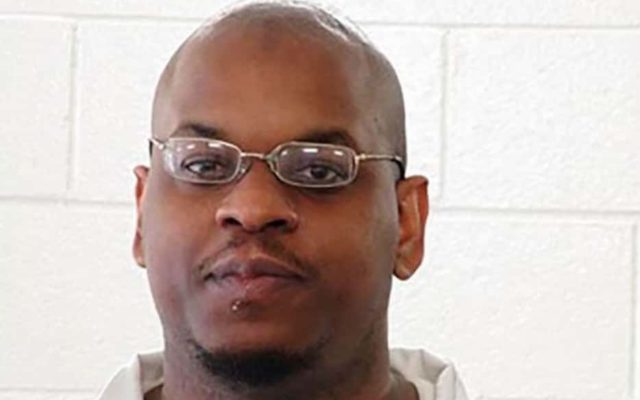 LITTLE ROCK, Ark. (AP) — The Arkansas Supreme Court has rejected the appeal of a man who fatally shot a U.S. Army soldier and wounded another outside a recruiting station in Little Rock.

Thursday’s ruling first reported by the Arkansas Democrat-Gazette says the appeal by 34-year-old Abdulhakim Muhammad is without merit.

Muhammad (pictured) served as his own attorney and argued Arkansas did not have jurisdiction to try him because the shootings were a federal crime and should be tried in federal court.

Muhammad was sentenced to life without parole for the 2009 fatal shooting of Pvt. William Long of Conway and wounding of Pvt. Quinton Ezeagwula of Jacksonville.

From Associated Press / Image Arkansas Department of Corrections via AP

Get up-to-date local and regional news along with the latest sports and weather every weekday morning by listening to Gary B. on Ozark Newsline, broadcast from the First Community Bank Newsroom on Arkansas 103.3 KWOZ. White River Now updates are also aired weekday mornings on 93 KZLE, Outlaw 106.5, and 99.5 Hits Now. Have a news tip or event to promote? Email White River Now at [email protected]. Be sure to like and follow us on Facebook and Twitter. Add don’t forget to download the  White River Now mobile app from the Google Play Store or the Apple App Store.