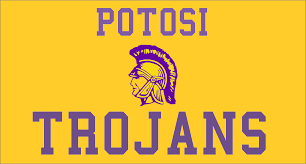 (Potosi) A bid was accepted during this week’s Potosi Board of Education meeting for a big project planned for next year at the high school building.

The project will cost a little more than 1.9 million dollars and will start up around June 1st and will hopefully be finished in time for the new school year to start up next August.

Also at the Potosi School Board meeting, a teacher was recognized for his accomplishments.

In other news from this week’s Potosi School Board meeting, it was announced filing for the annual April school board election will begin December 6th and will run through December 27th.

Instead of filing at the school like in past years, interested candidates will file at the Washington County Clerk’s office at the courthouse in Potosi.

Three seats are up for election which are the seats currently held by Hunter Belfield, Dallas Thompson and Jenny Allen.