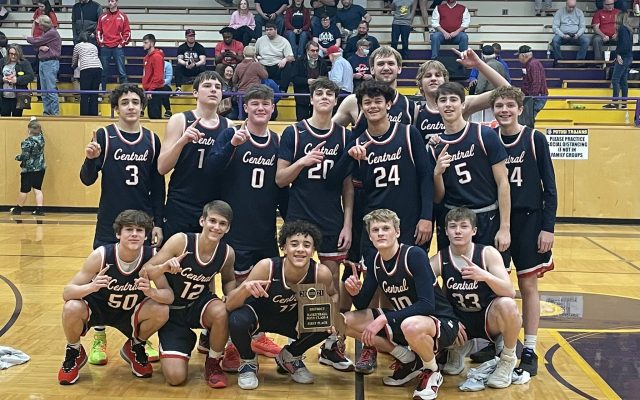 (Potosi) For the seventh time in the last nine seasons, the Central boys are the district champions as they took down Ste. Genevieve 55-49 in a thriller tonight on J98.

There was virtually no separation between these two teams throughout the game as both teams traded blows the entire contest.

Then finally in the fourth quarter, Rebels’ freshman Jobe Bryant took over and gave his team the breathing room they needed down the stretch.

Bryant was named the Applebee’s of Farmington Player of the Game as he finished with 24 on the night.

A few free throws and stellar defense the rest of the way sealed the win for the Rebels as they took the Class 4 District 2 crown.

The Rebels improve to (15-10) on the year and advance to the Class 4 Sectionals where they will take on the winner of New Madrid County Central and Dexter.

We’ll have coverage of that game on Tuesday beginning at 5:45 on Regional Radio.