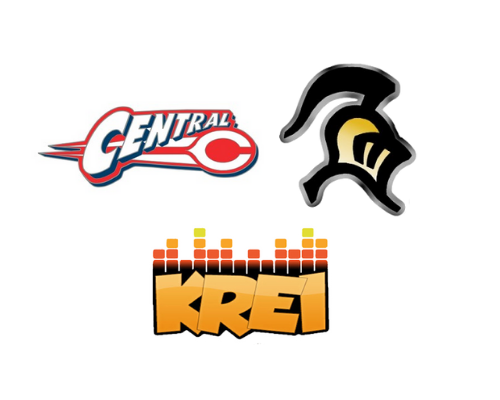 (Farmington) Tonight’s MAAA Conference matchup between Central and Farmington came down to the wire, but the Lady Rebels were able to escape the Knightette’s 47-44. Farmington was up two heading into the second half, but a 12-7 run had them up 7 late in the third. The Lady Rebel’s had to scratch and claw to get back into it, and that’s what they got with Sophomore Guard Khloe Dischbein.

It was a defensive battle in the first three quarters, but the offenses would catch fire for both teams in the final stretch. Farmington’s Jade Roth and Central’s Alyssa O’Connor started to trade baskets.

Roth finished the game with 12 points for Farmington, but it was the Knightette’s sharp-shooter Skylar Sweeney who gave them the lead late.

O’Connor would continue her absurd fourth quarter with a three of her own to give Central the lead right back….. for a few seconds.

Central would go 3-4 at the free-throw line in the final 30 seconds of the game to give them the 47-44 lead. Farmington couldn’t get a good look on their last possession to tie the game and the desperation shot fell short. Central Coach Josh Mapes talks about his team’s defense to prevent the bigger Farmington team from scoring inside.

Alyssa O’Connor was our Applebee’s of Farmington with 15 points. Farmington’s Skylar Sweeny finished with 16. Central improves to 12-3 and will host Ste. Genevieve on Thursday. Farmington falls to 13-2 and will be at home Thursday to take on North County, that game will be broadcast on J98.